A Scientific Look at Diseases of Kentucky Hemp 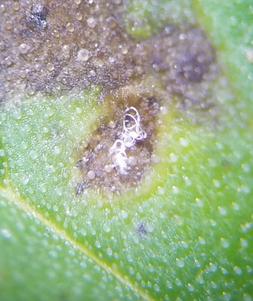 Disease Management Guide to Septoria Leaf Spot in the Field

Symptoms.  Septoria leaf spot causes leaf spotting that can result in leaf loss and reduction of photosynthesis.  Under extreme conditions, plants can lose 50% to 90% of leaves.  If disease becomes severe early in the season, plant stunting and loss of vigor is possible.  Plant death can occur under extreme conditions.

Septoria leaf spot spreads by spores called conidia.  Infective conidia develop within capsule-like structures called pycnidia.  Pycnidia appear as dark specks that resemble black pepper flakes in centers of spots; they contain large numbers of conidia.  When excess moisture is present, conidia are released from pycnidia in a curling, oozing formation.  Conidia move short distances via rain splash and long distances by wind-driven rain. Each conidium is capable of creating a new infection, and these new infections develop into leaf spots within 7-10 days.

Septoria species can overwinter in fields on infected plants or in debris. Pycnidia serve as survival structures, protecting conidia from extreme environmental conditions such as desiccation.  Under cool conditions with low relative humidity, pycnidia may remain viable for up to 9 months in debris.  In contrast, pycnidial survival decreases dramatically in hot weather.  When buried in soil (i.e. tilling), pycnidia survive less than one month.

Although alternative hosts have not been identified for the Septoria species that causes leaf spot in hemp, it is likely that weeds or another similar “green bridge” is responsible for survival from one growing season to the next.  As information on host range becomes available, management recommendations will be updated. 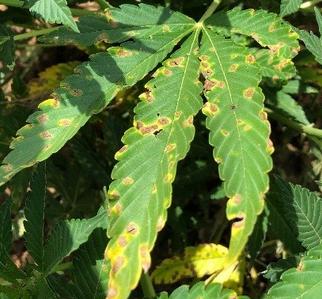 Figure 3.  Conidia are released in a curling, oozing formation under moist or wet conditions. 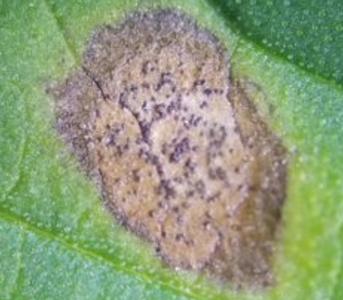